Power And Perspective To Heal From Trauma

Jenn went from having stage IV cancer to being cancer-free in four months. In this conversation she shares how shifting her perspective and reframing her challenges allowed her the opportunity to heal since her diagnosis in 2017. Since then, she has been on a path to inspire others through her story, sharing all the lessons she learned about the power of Love, Gratitude, Positivity, and Mindset, and how they played a very important role in her survival story. 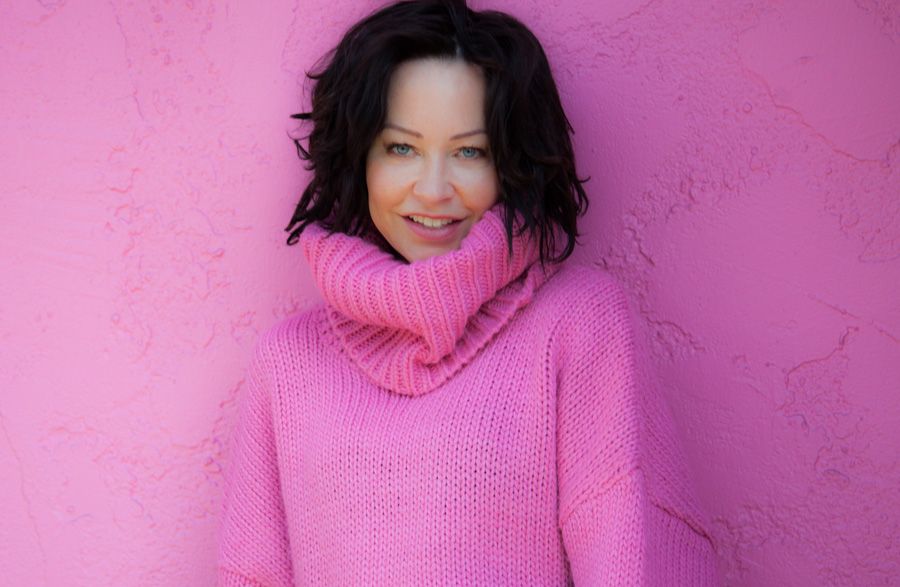 Jennifer Greenhut Tollin, born and raised in New York City, left home at 14 years old to train for the Olympics as a gymnast. After making it on the United States National Gymnastics Team, she had major knee surgery which ruined her Olympic dreams, but finished her gymnastics career at UCLA. 10 years later, she made her way back to Los Angels as an actress and never moved back to New York. Through acting she found her way to a singing/songwriting career as well as being a successful yoga teacher.

However, with all of her accomplishments, her biggest one yet was in 2017 when she was diagnosed with stage IV triple negative breast cancer, which became a path towards healing. She decided to embrace her diagnosis with Love and also believe that there was a reason for it. She dove in to the process and realized there was so much opportunity to heal from past scars with feeing unworthy and unloved. Jenn went from having stage IV cancer, to being cancer-free in four months, surprising her doctors and herself. With her newfound appreciation towards life, her team of doctors at UCLA, and the lessons she learned, Jenn was inspirited to start a company called Zero Negative, who’s mission is to promote Love and Positivity through accessories while giving back to cancer research at UCLA’s Jonsson Cancer Center Foundation. Her products can be found on www.ShopZeroNegative.com.

Today, Jenn continues to inspire people with her message––with every life challenge, we all have the choice to view it in a positive or a negative way…and the “story,” or perception we create around our situation can determine the outcome. Her core belief is that everything happening to us is an opportunity to heal and evolve…by embracing that notion, we have the power to turn every negative situation into positive life lessons.

Her current project is one with her husband, Larry Tollin, as they just finished writing a book about their cancer journey. Their goal is to give a he-said, she-said perspective, from the patient and the caregiver––how they survived stage IV breast cancer and turned it into the best thing that happened to them…told with humor and love, it will not only be helpful to couples going through cancer, but it’s ultimate goal is to uplift, entertain, and inspire all of us!

Zero Negative’s signature tote bag…designed to spread love and positivity while giving back to cancer research. It was first intended to be used as a “chemo bag,” but then also very versatile as a “diaper bag,” a “beach bag,” “travel bag,” “gym bag,” or, just an every day tote bag…and a portion of every bag goes to the Jonsson Cancer Center Foundation.

Shop Zero Negative And Give To Cancer Research